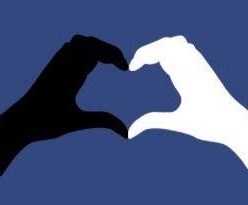 A CLASS FOR BLACK CHRISTIANS AND FOR JEWS OF ALL RACES

This six part series (offered on Zoom at 7pm ET on Mondays between October 4 and November 8, 2021) invites us to engage in a process of self-reflection, historical understanding, and dialogue to investigate the role of race among Jews (of all colors) and Black Christians in America. Racism and anti-semitism within our communities is often hidden by the normalization of white supremacist ideas.  We uncover these tropes during the class in order to overturn them.

These six sessions will help you acknowledge how both Black and Jewish communities have been shaped by white supremacy and help us move beyond platitudes to collaboration. By participating in this class, individuals will begin to form a solid foundation for partnership, true understanding, and allyship.

At the end of this class you will be able to:

Although each session is relatively self-encapsulated, we do build from session to session and ask that participants commit to all six sessions.

This class is taught by Rabbi Alana Suskin and the Minister Cornell Jenkins. 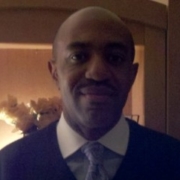 Minister Cornell Jenkins was licensed to preach in the African Methodist Episcopal Church in 2002.  He has a heart for people and is a teacher and facilitator.  He earned a B.A. in Human Resources Management from the University of Maryland University College and a Master’s of Theological Studies with a focus on racial reconciliation from Wesley Theological Seminary.  He is a member of the Association for Talent Development.  Minister Jenkins is committed to equipping and educating people to build bridges between races and religions. 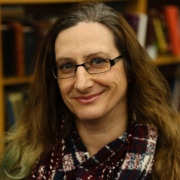 Rabbi Alana Suskin is an educator, activist, and writer. She was ordained in 2020 by Yeshivat Maharat, the Orthodox rabbinical seminary for women, and also holds BAs in Philosophy and Russian, an MA in Philosophy, a graduate certificate in Women’s Studies, and an MA in rabbinic studies and previous ordination as a Conservative rabbi from the Ziegler School in California. She is senior editor of the progressive blog Jewschool.com. Rabbi Suskin has served on the boards of T’ruah, Jews United for Justice, and Interfaith Conference of Metropolitan Washington and is a founding fellow of CLAL’s project, Rabbis Without Borders. Rabbi Suskin is co-founder and co-director, with her colleague and friend Hamza Khan, of The Pomegranate Initiative, a non-profit fighting anti-Semitism and Islamophobia through education and relationship-building.