This year Tu B’Shevat coincides with Martin Luther King weekend. From that spiritual confluence comes this setting of excerpts from Letter from a Birmingham Jail, set to haftarah trope by Bayit board chair R. David Evan Markus. Following the four-part structure of the traditional Tu B’Shevat seder in which we journey through the four seasons and the four worlds, these four excerpts are keyed to each of those four worlds. Here is a slide show of the four excerpts, a link to the four slides on google drive, and a downloadable PDF of the text marked-up for your own chanting. 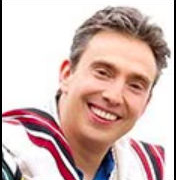 By Rabbi David Evan Markus, a founding builder at Bayit.

After the holidays last year, one davener wrote, “I especially loved the use of Paul Simon’s Sounds of Silence.” Another told us, “The renewed haftarah was meaningful, surprising, and deep.”

May its use enliven your Yom Kippur.

From Rabbi David Markus comes this setting of two poems in haftarah trope, intended for the second morning of Rosh Hashanah.

The first is Mary Oliver’s “Invitation,” with its poignant reminder to pay attention and to be ready to change one’s life. The second is Stanley Kunitz’s “The Layers,” which offers a lens on teshuvah with the motif of turning, and ends “I am not done with my changes.” END_OF_DOCUMENT_TOKEN_TO_BE_REPLACED

This trope mash-up of Esther and the 2/7/2017 Congressional Record (“nevertheless she persisted” silencing of U.S. Sen. Elizabeth Warren) commemorates Purim and Women’s History Month at a time when society especially needs brave truth tellers to hold back the tide of hate.

The archetype of heroic woman standing against hatred continues to call out every society still wrestling with official misogyny, power abuses and silencing. For every official silencing and every threat to equality and freedom, may we all live the lesson of Esther and all who stand in her shoes: “Nevertheless, she persisted.”