The first weeks of Bayit’s Builder’s Blog harvested keystone principles about building the Jewish future – from primordial foundations of building, to where and with whom spiritual neighborhoods create community.

Now it’s time to build – but what and how?  Parshat Mikeitz offers answers: first build a granary to store food for the future, and powerfully organize community to make it work.

Torah’s plot is familiar.  Pharaoh lifts Joseph from prison to interpret Pharaoh’s dreams.  Joseph foretells of famine. Pharaoh empowers Joseph to save Egypt.  For seven years, Joseph stores grain as a pikadon (reserve) (Gen. 41:36).  As the 19th century Malbim recognizes, this reserve was as much for the land as for the people: otherwise both would starve (Malbim Gen. 41:36).

Because Pharaoh and Joseph acted with powerful resolve, Egypt had a future and therefore so did the Children of Israel, who came to Egypt in desperate search for food when famine hit.  Had Pharaoh and Joseph not acted, there might be no Jewish future.

Had Pharaoh not empowered Joseph to build Egypt’s reserves, there might be no future.  We learn that effective leaders must delegate, empower, trust and back away. This same pattern will repeat to build the Mishkan: God tells Moses and also empowers Betzalel (Tribe of Judah) and Oholiav (Tribe of Dan) (Ex. 31:1-6).  Building requires diversity and teamwork.

Had Pharaoh not lifted Joseph from jail, there might be no future.  Pharaoh instead might have turned to his royal court, well-known people of seemingly high stature.  Sometimes needed skills, tools and powers come from outside our native circles and comfort zones.

Had Pharaoh acted mainly for himself, there might be no future.  Pharaoh easily could have sought to protect his own hide, but instead he and Joseph acted to save others.  (Granted, they later centralized power and dispossessed land owners: we’ll get to that.) Effective builders cannot legitimately use power to build only for themselves.

Had Pharaoh sunk in despair or blindly clutched optimism, there might be no future.  Both despair and excess optimism inhibit needed action. Effective builders must harness the power to see needs clearly and act decisively.

Had Pharaoh and Joseph not enforced structure, there might be no future.  Had each Egyptian been left to decide how much grain to keep for oneself, there might be too little: the result would be starvation, violence and national decline.  Rules matter and must be enforced for the public good. Without wise use of power to enforce rules, people needlessly suffer.

I confess discomfort with these words.  With 25 years of experience in public life, I know that power risks danger: left to its own devices, human power tends to aggrandize itself and grow rife with abuse.  Even Pharaoh and Joseph, whose decisive action saved life, also used the crisis to dispossess Egyptians and seize their land (Gen. 47:13-20) – which has fueled much debate about the Biblical economics of coercion and opportunism.

Especially today, when abuses of power seem like daily news items, cynicism about power and “powerful” people has become a fixture in modern life.  Our challenge and opportunity – and the urgent call of this time of Jewish, societal and planetary change – is to rectify our collective relationship with power.  Too little power to effect change and we’ll starve both spiritually and literally. Too much power wielded wrongly, without balance from outside itself, also can destroy.

It will take tremendous power to reorient political life and spiritual life to build better for the future.  Thus, if we’re to build a better world, first we must shed fear of power.

Power is a tool, and we must not fear to use the right tool for the right job.  Like most tools, the practical and moral value of power depends on how we use it.  Power tools comes in two forms – control (power over) and capacity (power to).  Builders must use both kinds of power tools in balanced and careful measure: one without the other builds nothing

That’s the deep meaning I find in the Chanukkah haftarah about Zerubavel, Persian governor of Judea who laid the Second Temple’s cornerstone after return from exile in the early 500s BCE.  Zerubavel received an angelic message: “Not by might and not by power but by My spirit, says God” (Zecharia 4:6).  He learned that power flows from the Source: as the angel continued, only by that power flow can ground become “level” on which to build the future (Zecharia 4:7).

Power tools – both the power of control and the power of capacity – are holy.  They don’t belong any of us: they come on loan from their Source, and we must use them in that spirit.

Only by skillfully using these power tools could Pharaoh and Joseph build and fill granaries for the future of Egypt and the Children of Israel.  Only by responsibly using power tools on loan from their Source could Zerubavel “level” the ground and begin building the Second Temple. Only by using our own power tools likewise can we build wisely for the future of Judaism, and for a planet that urgently needs wise use of power.

So power up, everyone.  Use your power tools wisely: it’s the only way to build. 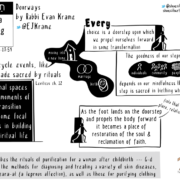 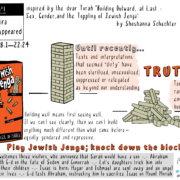 Together, Becoming: Liturgy, Poetry, and Art for Shavuot 5781 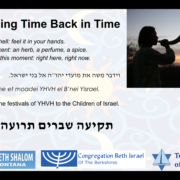 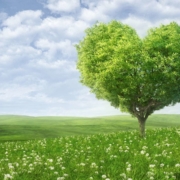 Building a Temple from Tears
Scroll to top