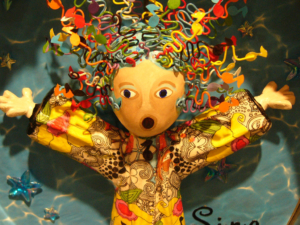 That’s the first song I ever remember being taught to sing, as a nursery school student at Shellbank Jewish Center.  As a grade school student at P.S. 194, we played outside after lunch, but if it was cold or rainy, we sat in the auditorium and sang.  The songs were chosen to teach us something:  “Sixteen Tons,” where we learned about what a company town was. “Let there be peace on Earth, and let it begin with me.” The Three Dog Night song we sang was a current hit then…”the ink is black, the page is white, together they learn to read and write.”  Mrs. Chernick played the piano; Mrs. Bromberg taught us and led us.  Everyone sang.  As much as I enjoyed jumping rope or playing punch ball, I was just as happy to sing with a full auditorium of kids.

Since then, I’ve sang with glee clubs, choirs, and bands. I sang in bars, with one or two other singers, and in a church basement coffeehouse. I was a chorus girl in local productions of musicals. I now sing with the congregation, whether leading or harmonizing along with the rabbi.  I sing with my jam friends, and occasionally at an assisted living facility. After all that zooming, it’s a balm for me to join our voices face-to-face again, to hear our harmonies soar, to echo each other, to dance and play with sound.  Singing live is risky—I might get choked up if a piece of liturgy hits me hard.  I might fumble the chords on my ukulele (well, that’s not “might,” it’s pretty well guaranteed).  I might lose my place, or my focus, or hit a sour note. Somehow, if it’s heartfelt, nobody seems to mind.

Back at Shellbank Jewish Center, we had a hazzan (cantor) to lead us in prayer.  His highly trained and dramatic voice was good, I guess.  I never remember him interacting with the Hebrew school kids in any way. What I remember is the chorus of old men at the front.  Their voices ranged from high to low, warbly to steady, robust to thin.  They were not really a chorus, more of a jazz combo of voices.  During Avinu Malkenu, a central part of High Holiday liturgy, one would do a rising chord on the “nu” of Malkenu; another might throw a harmony on that; a third might plaintively wail “Avinu Malkenu” at random times.  My shul buddy and I keep the rising chord tradition alive (I guess her old men did it, too); maybe it’s time to add back the random wailing.

By the time my kids went through the New York City school system, there was no more singing in the auditorium.  The PTA bought a large TV and DVD player, and the kids watched movies if it was too cold for the school yard.  Watching together is not the same as singing together.  The piano at the front of the auditorium sat unused.  The kids sat passively, a bit more screen time in their day.  The rabbi at their Hebrew School taught them many fun songs in addition to davenen.  He gathered them all into the sanctuary and everyone sang. The sukkah rang with kids singing, loudly and boisterously, in joy. I think this might be their best memory of him.

Last week, at a wedding, the bride walked in to an obscure indie song with a catchy hook.  The grandma, with advanced dementia, picked up that hook and continued to sing it, until someone took her out of the chapel eventually.  I found it deeply moving that she was singing.  Singing remains after talking has become jumbled and disordered. She participated in the wedding in the way she was able. Perhaps she understood more than we could know about her grandchild’s special day.

Singing binds us; it releases a burst of positive neurotransmitters in our brain, including the one you get when you fall in love, or give birth.  As a species, maybe we sang and made rhythms before we spoke. (Some argue that language must have derived from song.)  I push back on the idea that only the best singers should sing.  Everyone should sing.  With other people, and with gusto, as often as you can.  Singing is medicine.  Singing lifts your heart to God and reaches your heart out to your neighbor.

If anyone told you that you can’t sing, or should not sing, they are wrong.  True tone deafness is quite rare.  Take up the space you deserve. Maybe start with Zum Gali Gali. 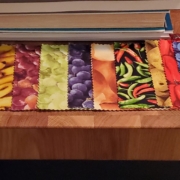 Make a garland for your sukkah 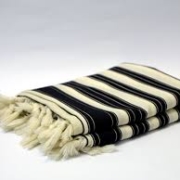 What our prayer shawls carry 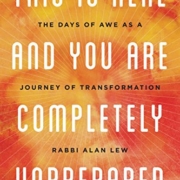 On Reconciliation, Building, and Bereishit